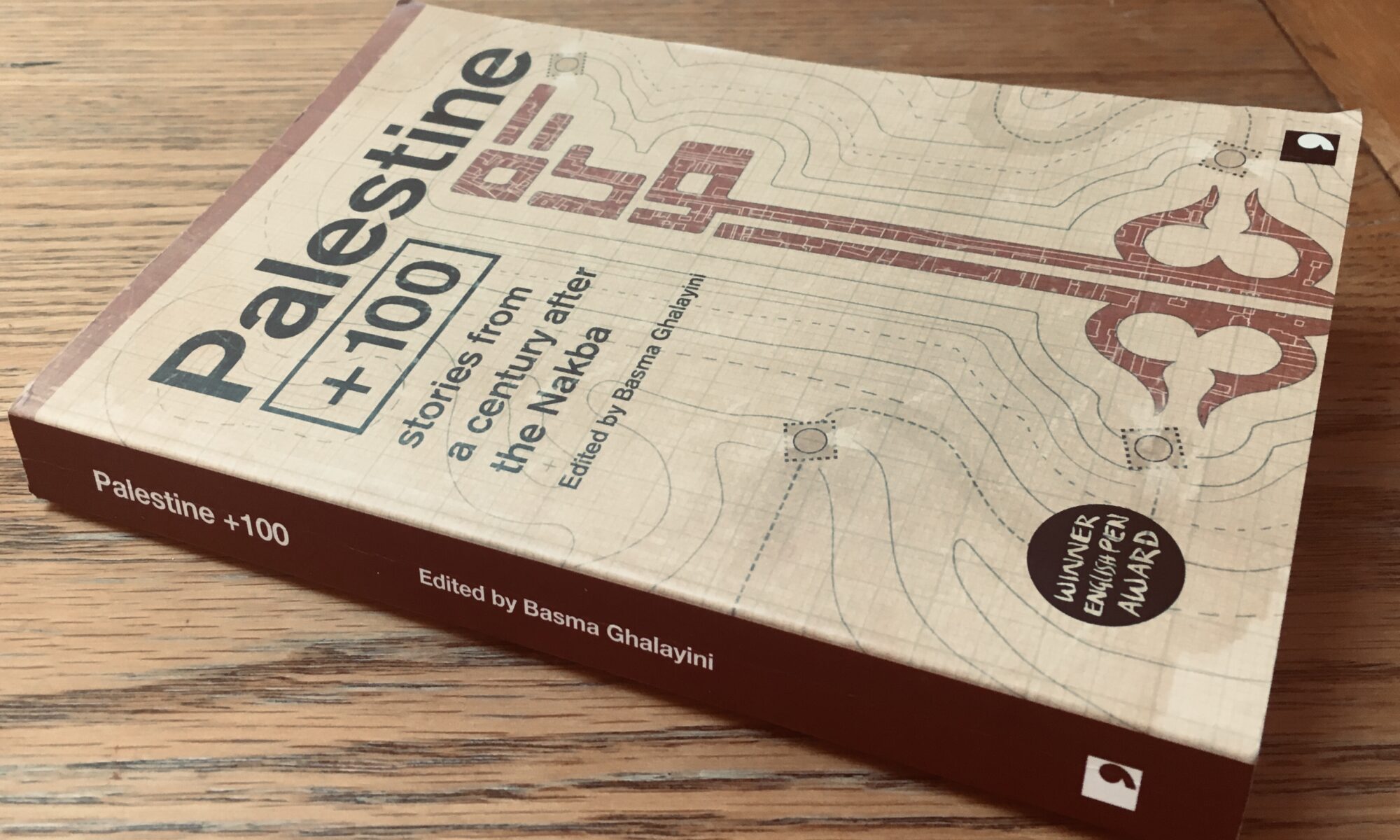 I’m pleased to report that I have written a book review for Tor.com, one of the world’s foremost science fiction / fantasy websites.

The book is Palestine +100, which (according to its publisher, Comma Press) is the first ever anthology of Palestinian science fiction. It features a dozen stories of speculative fiction, all set a century after the establishment of the state of Israel—an event that Palestinians call the Nakba (catastrophe).

The book’s authors seem to be in dialogue with each other. They ask, first, the extent to which their people must let go of their past in order to secure a future; and second, how much their past defines who they are. Moreover: how does the presence of the Israelis and their nation-building project impact on what it means to be Palestinian?

You can read the entire review on Tor.com, which I hope prompts you to read the book.

Raif Badawi is serving a 10 year prison sentence for writing a liberal blog.

It really is that simple and awful. #FreeRaif

Raif Badawi was arrested in June 2012 and charged with ‘setting up a liberal website’. He was sentenced to 1000 lashes and 10 years imprisonment. His case is one of the most egregious human rights abuses in the world right now… and yet the British Government maintains cordial relations with the Kingdom of Saudi Arabi. END_OF_DOCUMENT_TOKEN_TO_BE_REPLACED 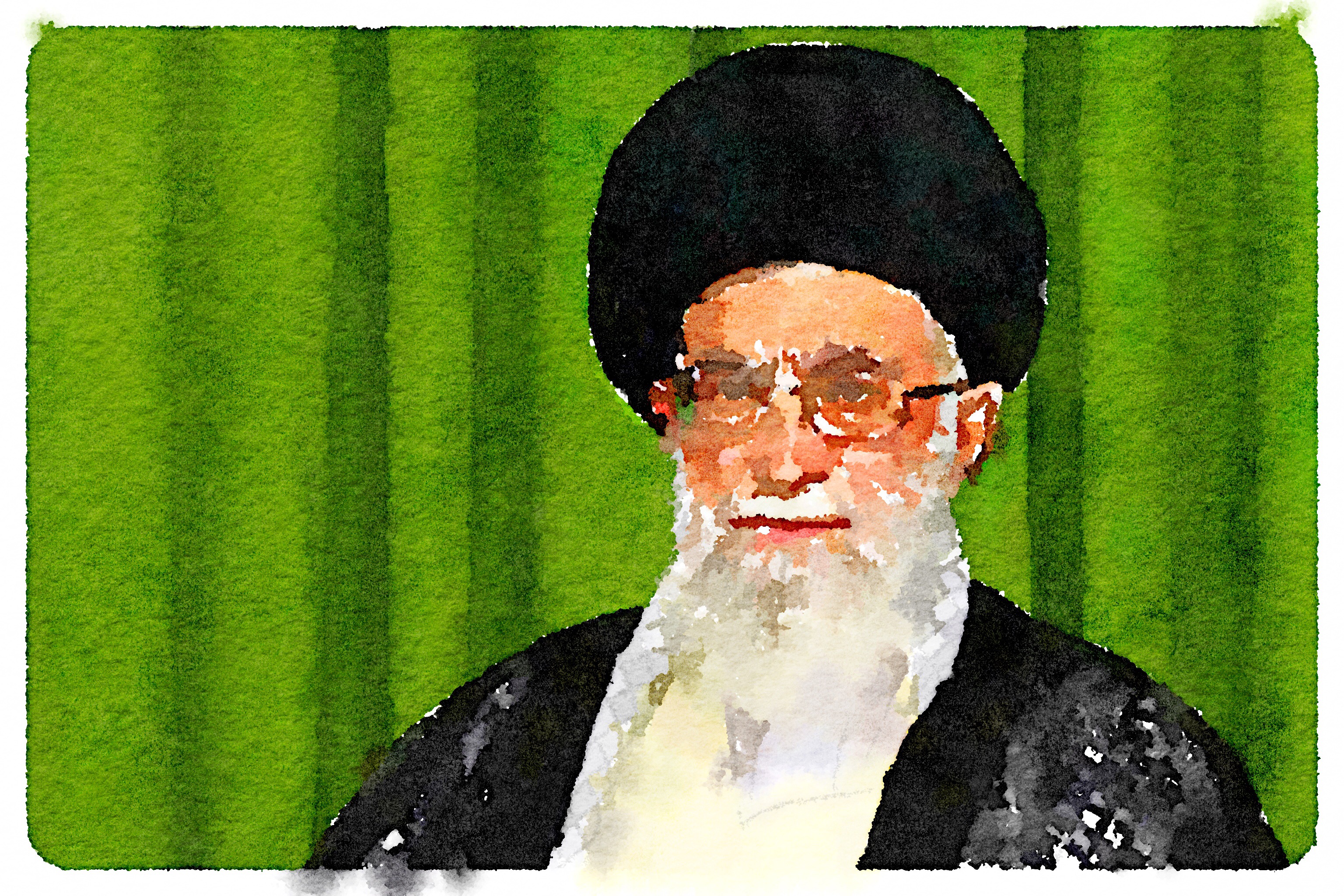 In a report about Ayatollah Khameni’s regressive and anti-Semitic views on feminism, this nugget:

Earlier this month, Khamenei issued a speech warning that “cultural attacks by the enemy are more dangerous than military attacks”, hitting out at human rights groups and think tanks.

The speech itself concerns the Iran-Iraq war. Khameni believes that intensive discussion and celebration of the ‘Sacred Defence Era’ will culturally fortify Iranians against the pernicious influence of Iran’s enemies. His definition of ‘culture’ is of course extremely narrow. But there is nevertheless something refreshing about the idea that cultural influence is more important and effective than military force! END_OF_DOCUMENT_TOKEN_TO_BE_REPLACED 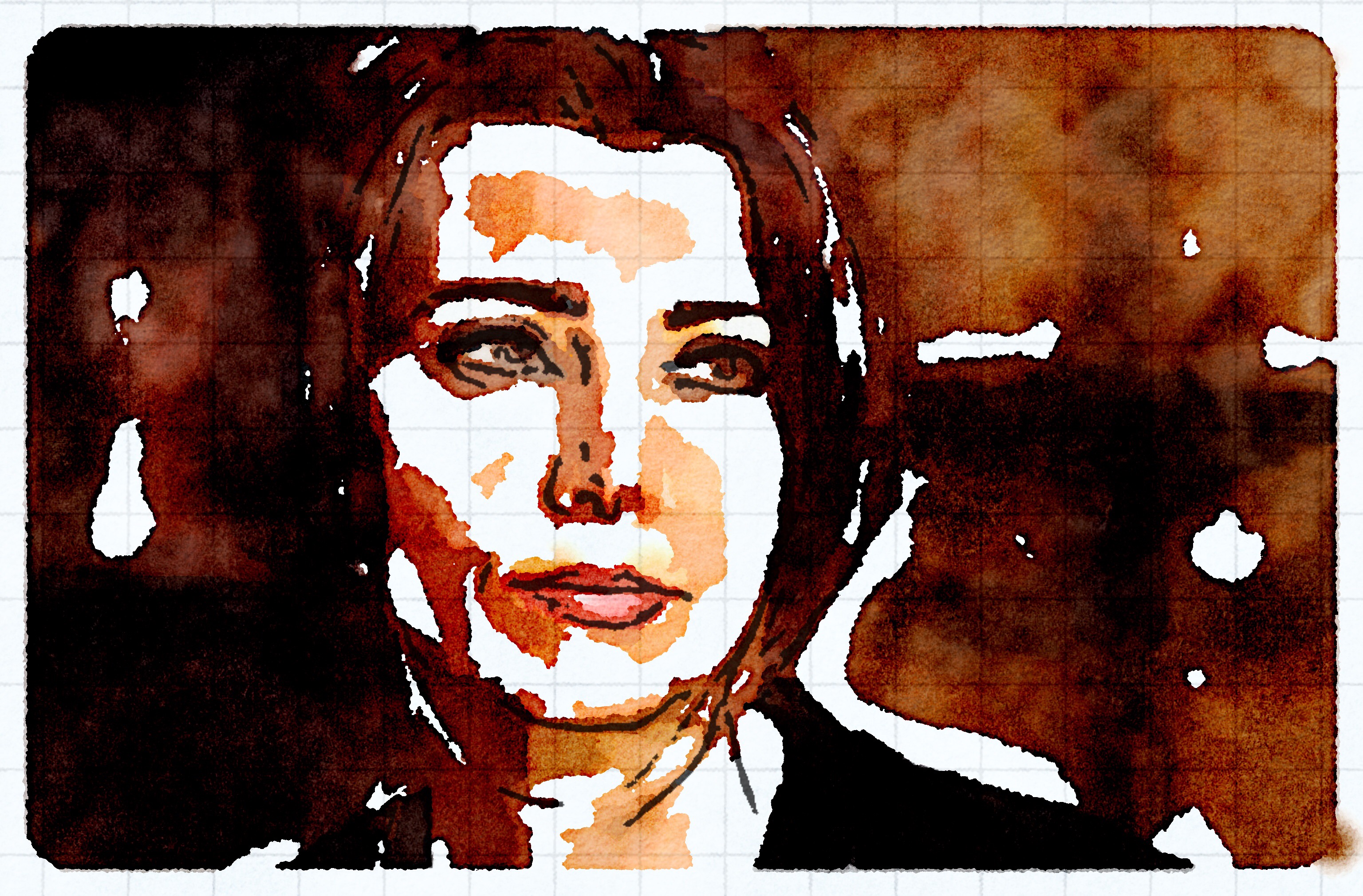 Writing in the New Yorker about Turkey, the novelist Elif Şafak begins thus:

The Hungarian-British writer Arthur Koestler, born in Budapest at the turn of the last century, became, over the course of his life, intimately familiar with the dangers of authoritarianism. It was the corroding effects of such rule on the human soul that preoccupied him as much as the unbridled concentration of power. “If power corrupts,” he wrote, “the reverse is also true: persecution corrupts the victim, though perhaps in subtler and more tragic ways.”

This is, I think, an under-explored aspect of human rights… or rather, human rights violations.

When one is in the business of defending human rights and free speech in other parts of the world, it’s easy to slip into a simple dichotomy:  The censorious government is bad and corrupt; the dissidents are noble and good.

In reality, things are far more complicated.  Not all activists, journalists and writers have the courage or even the means to fight back. Those outliers who continue to write what they think—and damn the consequences—are few and far between. This makes it easy for the Government to identify them and pick them off.

Most people aren’t that brave and instead find themselves corrupted in some way: As Şafak explains later in her essay, this might be through direct complicity with the regime; silence (a sort of sin of omission); or else a corruption of their literary output as it flees into metaphor and ambiguity.

My interview with Anjan Sundaram about what he saw happen to journalists in Rwanda is relevant to Elif’s analysis: he saw the full spectrum of reactions to authoritarianism, from cringing complicity to outright defiance.

More generally, the corruption of the person and the state that comes when human rights are denied is a crucial argument against any weakening of rights protections.  As we prepare for a battle against a British Prime Minister intent on destroying our hard-won protections against state power, this is one of the arguments we must marshal: when the rights of some are abused, we are all diminished.

How to say this in a way that persuades? 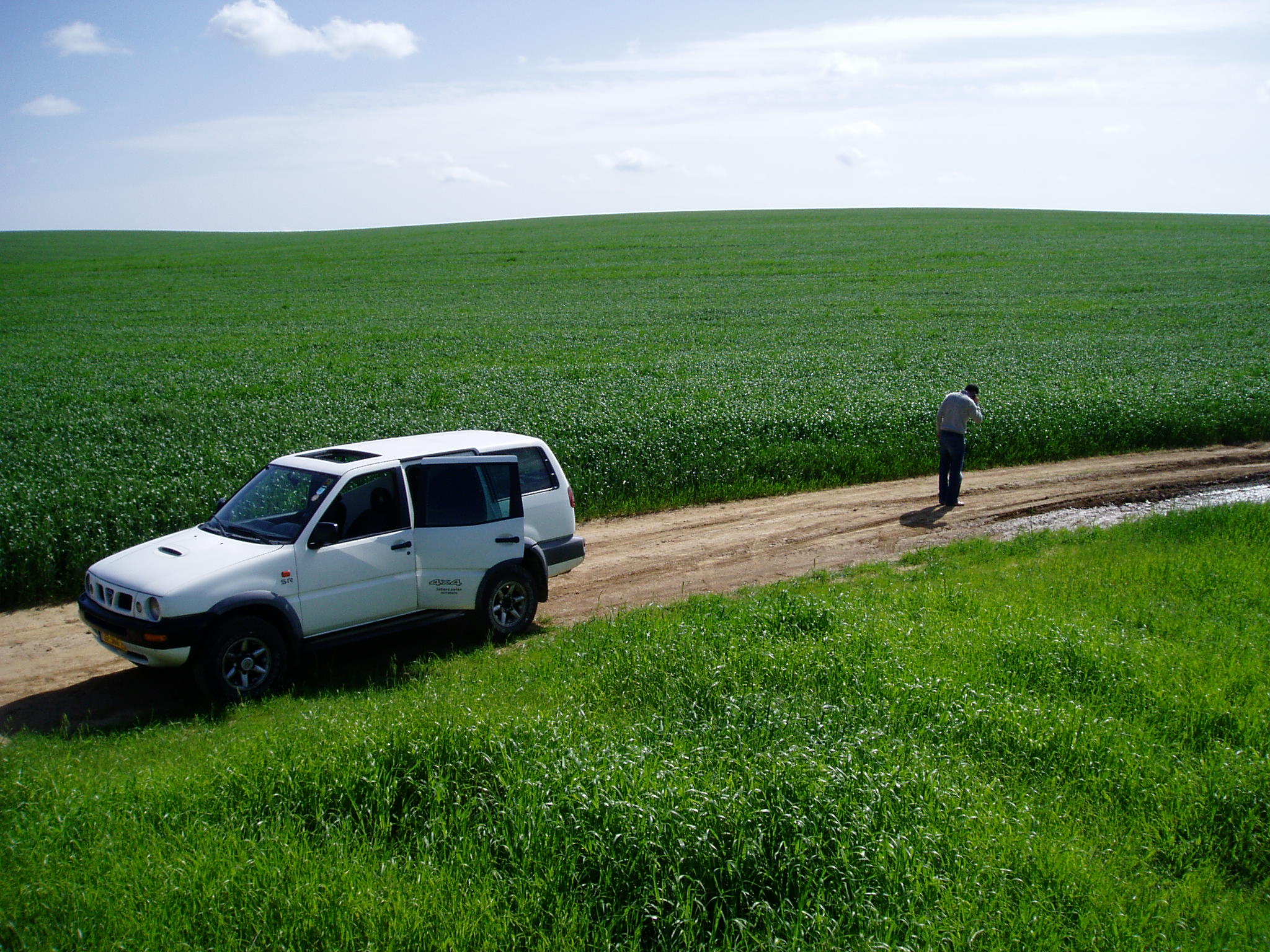 In an Atlantic article about the prohibition of anti-Zionist views at American Universities, this:

One letter signed by more than 130 UC faculty members supported naming anti-Zionism as an expression of anti-Semitism, saying students need guidance on “when healthy political debate crosses the line into anti-Jewish hatred, bigotry and discrimination, and when legitimate criticism of Israel devolves into denying Israel’s right to exist.”

The phrase “Israel’s right to exist” is a common one in debates about Zionism and the hideous disputes between Israel and the Palestinians.  It’s often used as a line in the sand: critics of Israel are often asked whether they support its “right to exist”. END_OF_DOCUMENT_TOKEN_TO_BE_REPLACED 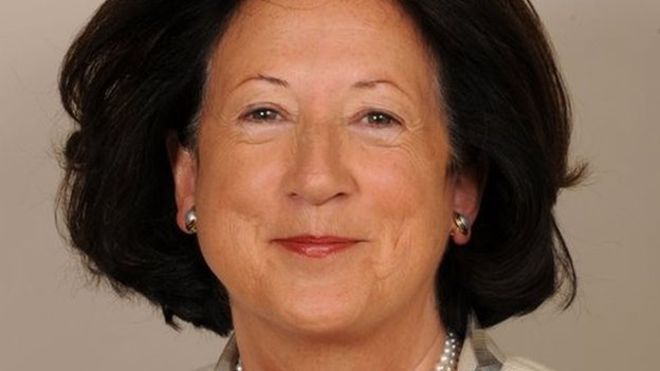 In September I attended the launch of the Foreign & Commonwealth Office’s Magna Carta Partnerships programme, a new fund that seeks to promote legal expertise and the rule of law around the world.  FCO Minister Baroness Anelay was joined by current and former diplomats for a panel discussion on how good governance and robust legal institutions can strengthen the rule of law, and in so doing, also protect human rights.

The British Government is regularly criticised for its apparent support for human rights abusing regimes such as Saudi Arabia or Bahrain.  So during the Q&A session I was able to ask the Minister and other panellists why our Prime Minister, the Foreign Secretary and officials overseas do not make more public statements on behalf of political prisoners like Raif Badawi.

You can listen to the exchange via the player below and on SoundCloud.  Or you can just read the transcript. END_OF_DOCUMENT_TOKEN_TO_BE_REPLACED 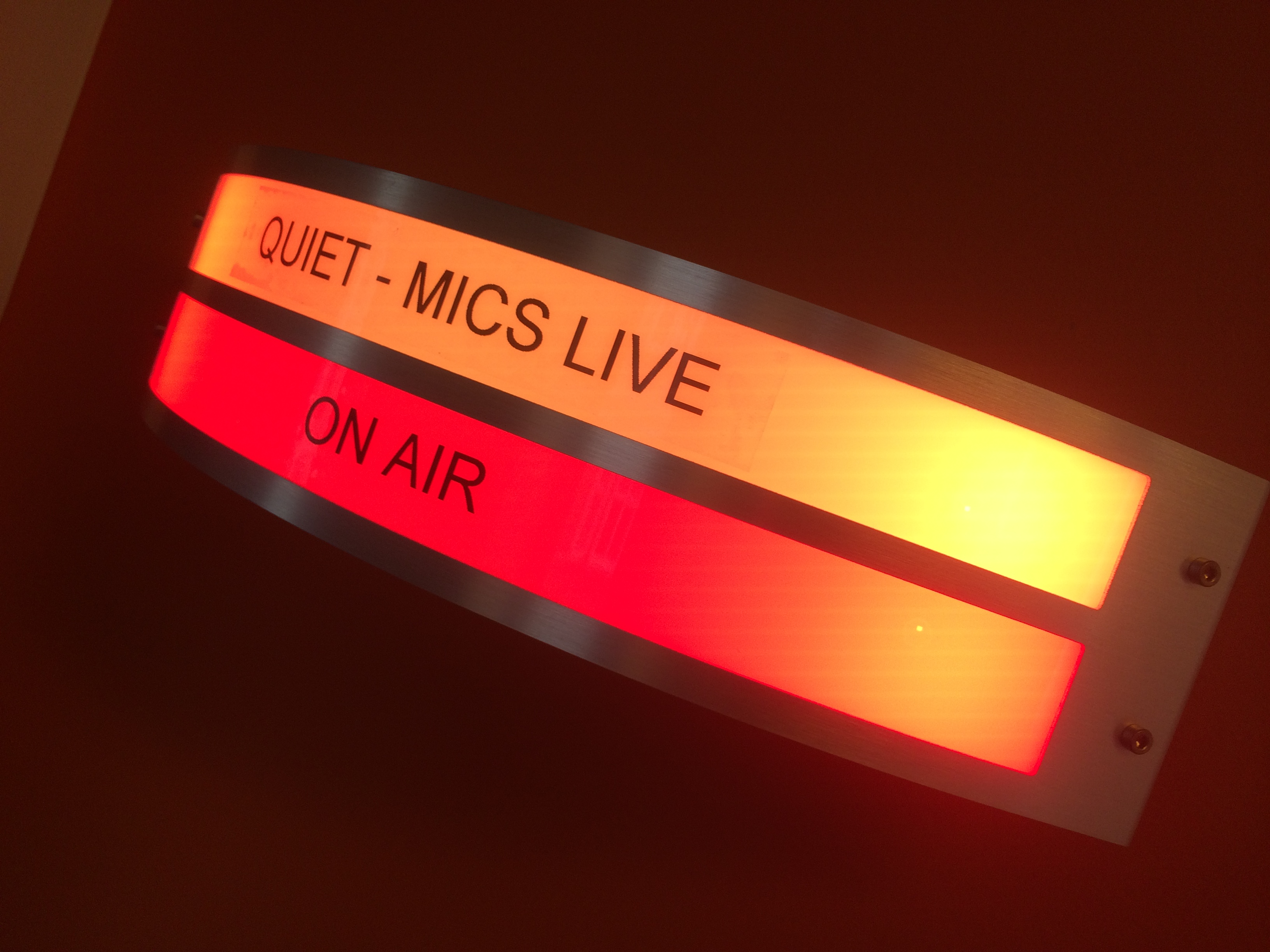 On Wednesday I was invited onto the BBC World Service programme ‘BBC World Have Your Say’ to discuss Raif Badawi’s PEN Pinter Prize and the issues experienced by bloggers in Saudi Arabia. Also on the show were Evelyne Abitbol, Chief Execuitve of the Free Raif Badawi Foundation and Saudi Arabian journalists Essam Al Ghalib, Eman Al Nafjan of Saudi Woman, and Abeer Mishkas.

You can hear our segment via the player below or on SoundCloud.  The entire programme can be heard on the BBC website or BBC iPlayer. END_OF_DOCUMENT_TOKEN_TO_BE_REPLACED 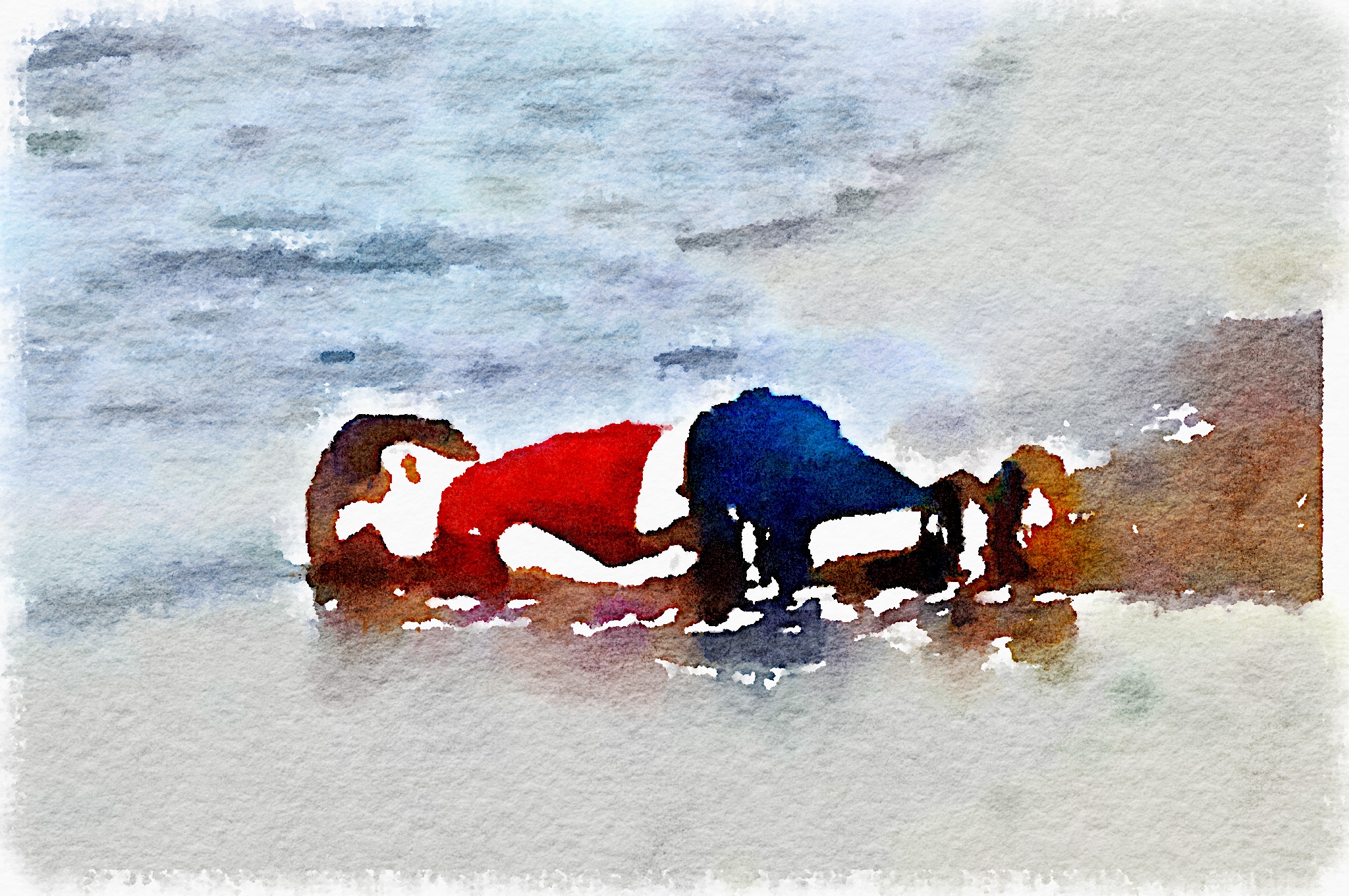 Before I mire myself in questions of when and whether to publish shocking images, I should—must—begin by writing about the fact of Aylan Kurdi’s drowning and the refugee crisis in general.  If the central argument for publishing an image of a dead boy is that it ‘gets people discussing the issues’ then I think I have an obligation to do so, even if these thoughts have been stated earlier and more eloquently, elsewhere. END_OF_DOCUMENT_TOKEN_TO_BE_REPLACED 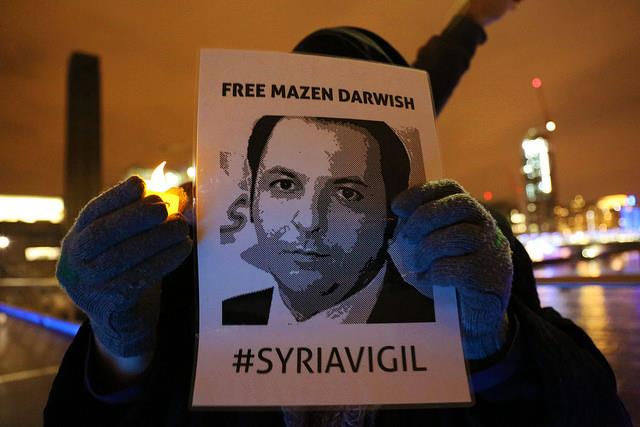 English PEN today received formal confirmation that all charges against the Syrian journalist and writer Mazen Darwish have been dropped.  He is a free man.

Darwish is the founder of the Syrian Center for Media and Freedom of Expression (SCM), an organisation that has fearlessly campaigned for free speech in Syria despite the appalling civil war and associated human rights abuses.  Darwish, along with his colleagues Hussein Gharir and Hani Al-Zitani, were detained in 2012 and held without trial until earlier this year. END_OF_DOCUMENT_TOKEN_TO_BE_REPLACED

Today is the third anniversary of Saudi blogger Raif Badawi’s arrest, and thousands of activists around the world are demanding the reversal of his conviction on charges of blasphemy and ‘setting up a liberal website’. Many gathered at Downing Street today as a letter signed by hundreds of writers and politicians was delivered to Prime Minister David Cameron.

But the Royal Embassy of the Kingdom of Saudi Arabia in London is not amused. Last week, it issued an indignant response to the ongoing campaign for Badawi’s release.

‘…the Royal Embassy of Saudi Arabia wishes to state that it has no tolerance for foreign entities meddling in the Kingdom’s internal affairs,’ said the statement. ‘The Kingdom will not tolerate such outrageous, ridiculous interference in its sovereign criminal justice system.’ END_OF_DOCUMENT_TOKEN_TO_BE_REPLACED