Well okay, it’s not fine. It is almost certainly not true, it is very rude, it coarsens our political discourse, it widens divisions, and I really really wish people wouldn’t do it.

But when pro-Brexit protesters call a Remain-supporting MP a ‘Nazi,’ that most certainly is political speech and should be covered by free speech protections.

By contrast, it is not okay to physically intimidate anyone, whether that person is is a man, a woman… or an MP. END_OF_DOCUMENT_TOKEN_TO_BE_REPLACED

At Westminster, an Early Day Motion is a motion tabled by an MP, calling for a debate on a particular topic. The motions rarely get debated, but they draw other MPs’ attention to particular issues. EDMs are a sort of petition system, exclusive to members of the House of Commons.

I had always taken it as a given that EDMs were a useful tool in a campaigner’s kit. If one Member of Parliament is allied to your cause, they can table an Early Day Motion… which then gives supporters of the campaign a reason to write to their own MPs about the issue. By requesting that your elected representative signs the EDM, you are effectively asking “please put it on record that you support this issue”. This is useful.

During the course of the Libel Reform Campaign, we made much of the fact that 249 Members of Parliament had signed EDM 423, which was a lot. It was also significant that the motion had cross party support.

The disappointing fact that some EDMs do not attract cross party support is often a useful data point. For example, of the 36 people who have signed EDM 37, condemning the imprisonment of Raïf Badawi in Saudi Arabia, none are from the Conservative Party, who are currently in government. Since Badawi is in prison for the crime of setting up blog that discussed liberalism, it is odd that no Tory wishes to put their name to it. Perhaps they simply haven’t been asked… but perhaps the Conservative whips have asked them not to, for reasons of diplomacy. (This is infuriating to campaigners, but as I blogged previously, there may be good and honest reasons why this is so.)

It is possible, however, that if one seeks genuine change rather than posturing, EDMs are a distraction. While working on the Raïf Badawi case, I wrote to some MPs asking them to sign the EDM. I received this reply from one Member of Parliament:

I very rarely sign EDMs for the following reasons. First, they have absolutely no impact at Westminster.

Second, PR companies and the like suggest to their clients that they should pressure MPs to sign them when they know full well that they are political placebos with negligible impact but they can claim that their influence has made MPs sign EDMs.

Third, I am told they cost the taxpayer (each) about £300 a month and there are hundreds of them. I do not like that at all in view of my first two points.

One MP I could name signs almost every one, but I think that to be dreadful because he knows full well that they achieve nothing. But it gets that MP off the hook! Not one EDM has made it through to legislation in my time.

The EDM on libel reform disproves that last point, but the others are worth considering. The £300 figure is a factual claim which I will check. But if the EDM process is not particularly respected by MPs then it might not have the parliamentary influence that campaigners assume, and those ‘PR companies’ assert. 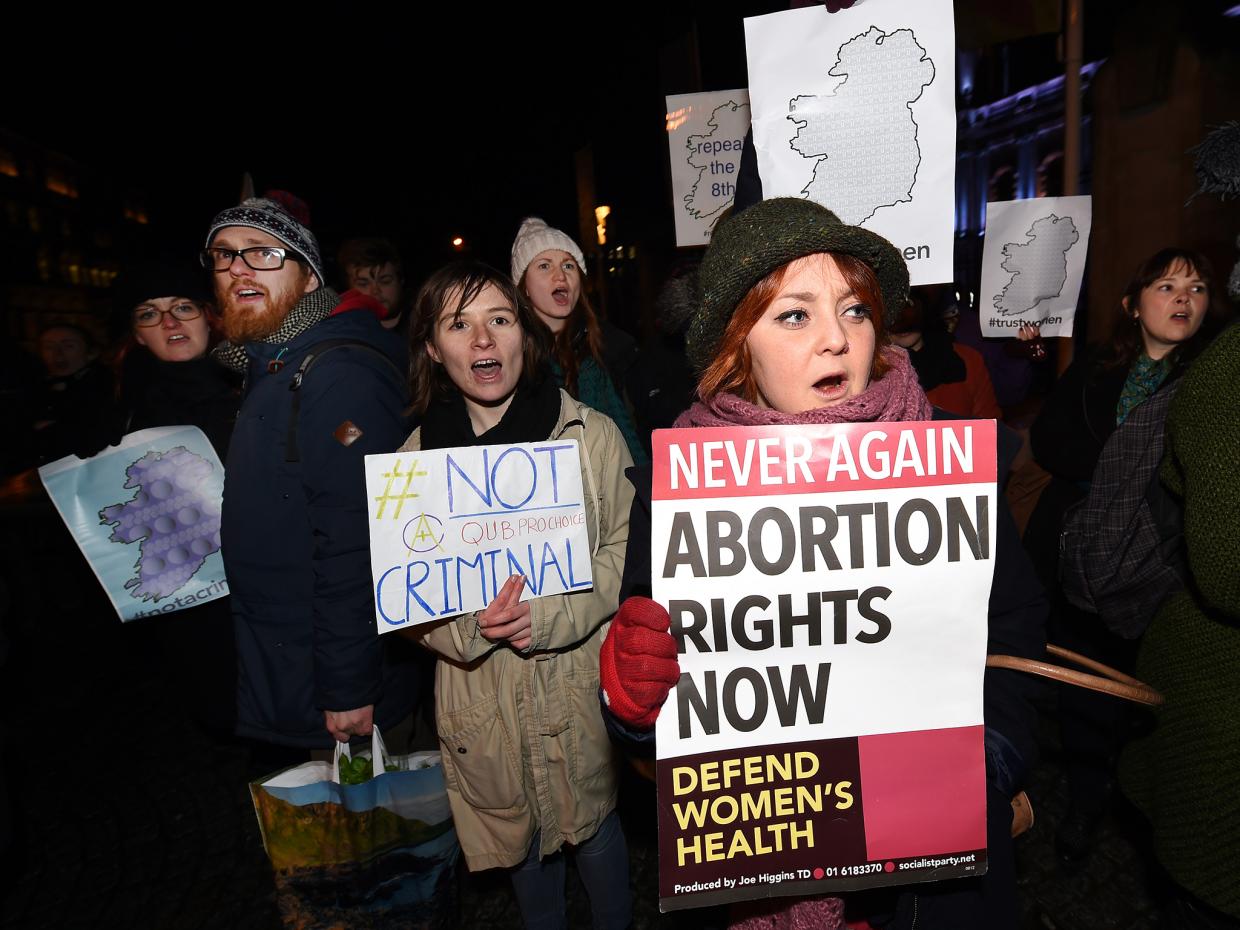 Last week, U.S. Presidential candidate Donald Trump provoked outrage when he said that women should be punished for having an abortion.  Unusually for the self-styled maverick, he walked back the comments in subsequent interviews, saying that, actually, the woman is the victim in such cases.  The idea that a woman who seeks an abortion should be criminalised (instead of or in addition to the person performing the procedure) is far outside mainstream political opinion, even in a country where religious fundamentalists have high levels of politically engagement.

Meanwhile in the United Kingdom, a woman has been given a criminal record and a three-month suspended sentence for aborting her baby in Northern Ireland. END_OF_DOCUMENT_TOKEN_TO_BE_REPLACED

The thing that irritates me about the Labour Leadership campaign is the Manichean approach adopted by everyone. We hear talk of schisms and splits and the “soul of the party” as if Corbyn is presenting such a different vision for the party that the Venn Diagramme of values and polices has no overlap between him and the other candidates.

This cannot, in reality, be true. But what troubles me about the overall tone of the debate is that it has made me doubt whether the losing faction, whichever it may be, will work with the person who wins. END_OF_DOCUMENT_TOKEN_TO_BE_REPLACED

Tony Blair gave a speech today, warning the post-defeat Labour Party of a lurch to the left.  Meanwhile, the most left wing of the four Labour Party leadership candidates, Jeremy Corbyn, is apparently leading the polls.

I find the pragmatism of the centrists in the Labour Party to be enticing.  If you want to win power and achieve social justice, they say, there is no point in positioning yourself too far away from the electorate.  To place Jeremy Corbyn at the top of the Labour Party is to distance the party from the rest of Britain.  And that means further election defeats.  Instead, the answer is to be more centrist, more Blairite, because at least that is where the rest of the country sits. END_OF_DOCUMENT_TOKEN_TO_BE_REPLACED

The Scottish Law Commission has said it will include a review of the defamation law in its ninth programme of reform.  That’s fantastic news for those of us in the Libel Reform Campaign who want to ensure that the space for free speech is just as wide in every corner of the United Kingdom.

David Leask at the Daily Herald reported the story and his article puts the review in context.  Yrstrly is actually quoted briefly in the piece, but I prefer this quote from my colleagues at Scottish PEN:

We’re not just campaigning on this to plug a loophole – we’re trying to put in place a structure that supports a healthier media landscape in Scotland.

END_OF_DOCUMENT_TOKEN_TO_BE_REPLACED 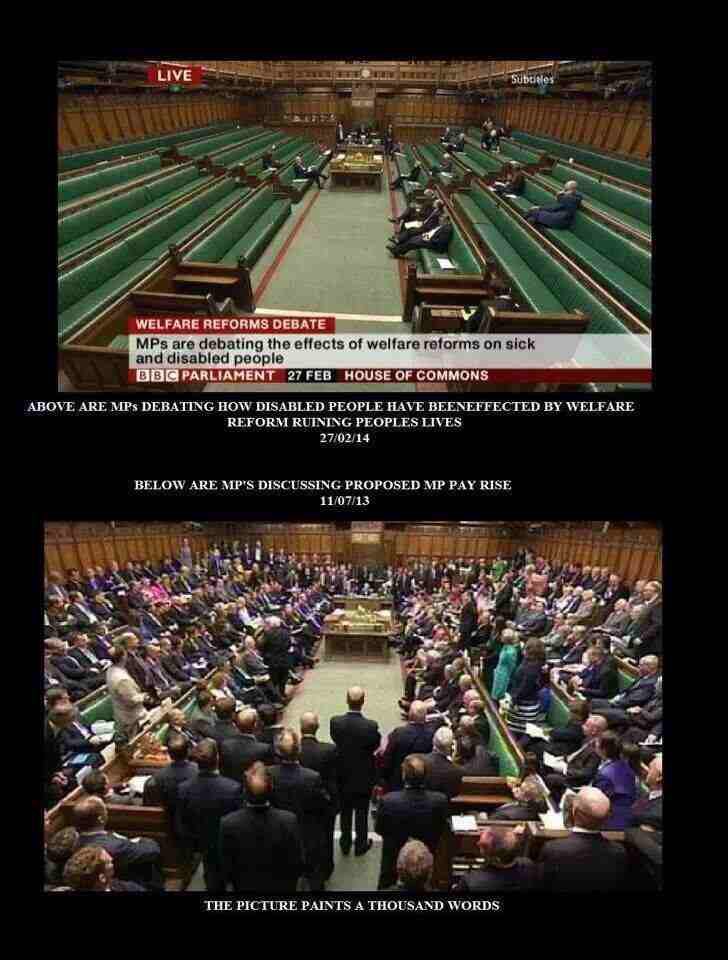 On the Spectator blog, Isabel Hardman does a fantastic job in exposing a particular internet meme as a straightforward lie.

You probably know the message in question. It’s the one that has two pictures of the House of Commons side by side – one empty chamber, labelled ‘debate on welfare’ (or something like that); and another of a full chamber, with the label ‘debating MPs’ salaries’. The idea being that MPs are lazy and selfish.

I’ve just posted a comment on the article, and thought I may as well paste it here too. It fits very nicely with the counter-cultural ‘politicians aren’t all bad’ contrariness of other offerings.

END_OF_DOCUMENT_TOKEN_TO_BE_REPLACED 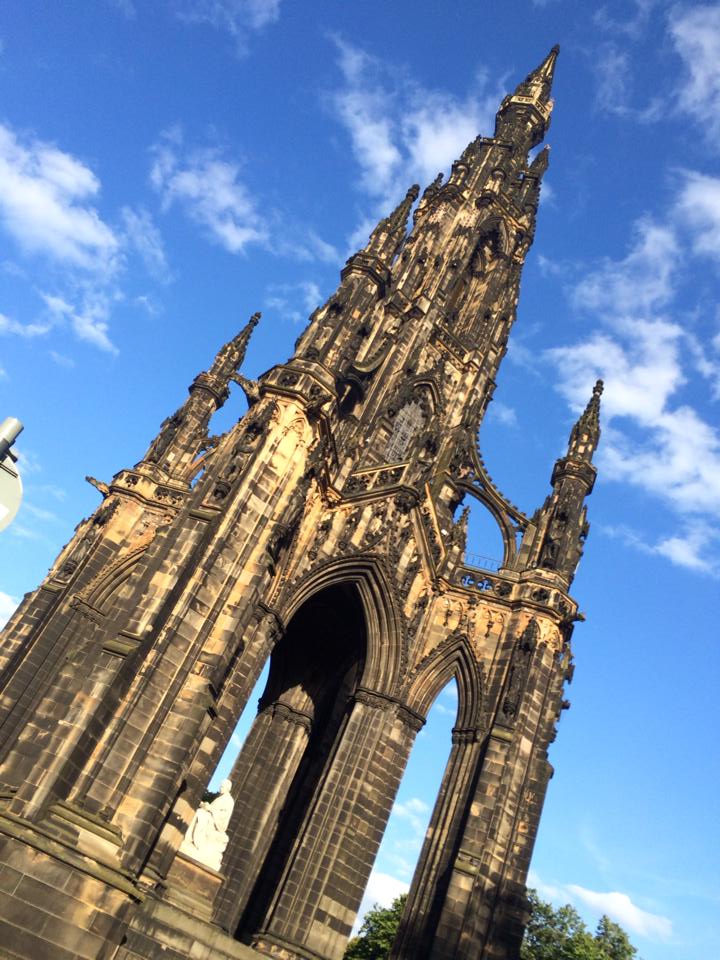 Today the people of Scotland voted on whether to become an independent country. The polls closed about an hour ago.

Don’t let the silence of this blog on the issue fool you into thinking I was not interested in the campaign. Far from it. I’ve been following the battle as closely as work and family life will allow. Despite exhibiting the Englishman phenotype, I have Scottish ancestry (coal-miners of Fife, poets of Edinburgh) and of course lived, worked and loved in Scotland for many years. It always felt, and still feels like my country.

So I’m a natural unionist, and the promotion of division, separation and the creation of a new barrier (however conceptual) makes me feel sad. That said, many of the arguments for independence are beguiling. There is something enticing about a political tabula rasa. Talk of building a nation is inherently constructive and delivers an endorphine shot.

I’ve picked probably the most useless time to post a blog on this issue. The polls have closed so I cannot persuade anyone. And yet none of the vote tallies have been reported so there is nothing to analyse. Its funny to think of all those marked ballot papers, piled and yet to be counted, and consider that the result already exists as a fact of the universe, even if no-one knows what it is yet. Schrödinger’s Scotland: is it independent or not? We have to open the box to find out.

The Chancellor’s terrible parking gives me a chance to say something I’ve been meaning to get off my chest for a while.

I get so irritated with those on the Left who insist on calling George Osborne by his middle name, ‘Gideon’.

In doing so, they seek to emphasise his upper-class background, which they believe will discredit him.

This is both a dog-whistle and an ad hominem and a piss-poor political tactic.

In the USA, Barack Obama is regularly called ‘Hussein’ (his middle-name) by his opponents.  This is a similarly immature attempt to discredit him.  The Left condemns that practice… and I don’t see how deploying the ‘Gideon’ moniker is any different.

Worse: the class card can be used in reverse. If the Left legitimises ad hominem attacks on the upper-class, it gives people like down-to-earth, working class Eric Pickles a sheen of credibility as they propose awful policies that hurt the poor.

Margaret “Grocer’s Daughter” Thatcher, and John “Son of a Music Hall performer” Major derived similar political cover from their backgrounds – a piece of political armour gifted to them by the class warriors of the left.

George Osborne’s callous and growth throttling policies would be no more or less harmful if his middle name was Robert, not Gideon. A moratorium on this pettiness, please. 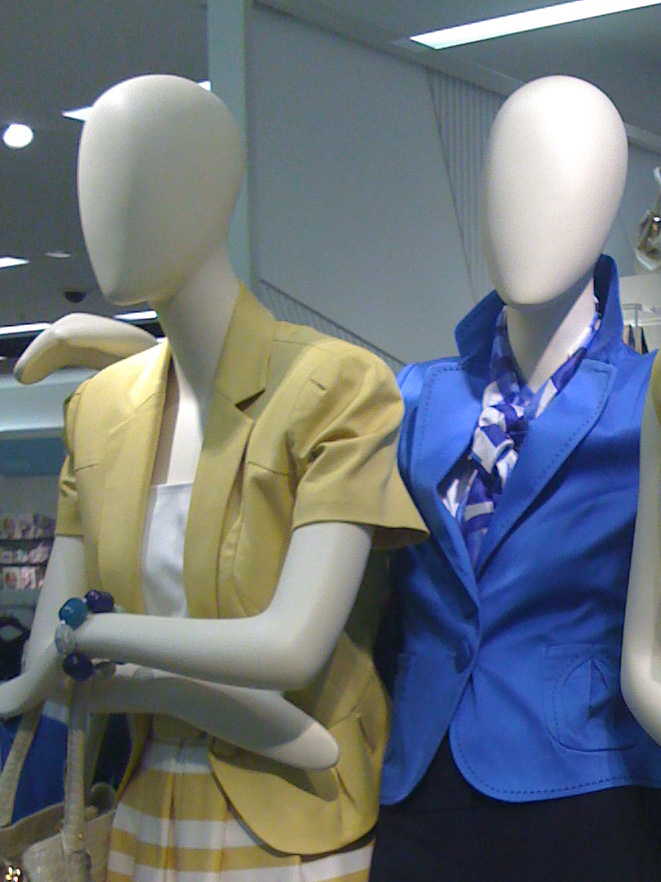 Welcome to our new Prime Minister, David Cameron, and his deputy, Nick Clegg.

The above image was taken in M&S a couple of weeks ago.  Then this morning, I read the Alain de Botton thinks we need a Prime Minister built on precisely these values:

But what we crave most is normality.  However much we may want our intellectuals or artists to be passionate, strange, a little deformed and prone to outbursts of joy or fury, recent experience has left us in no doubt as to the dangers of eccentricity.  We need a Prime Minister as imagined by the menswear range of Marks & Spencer.