Thinking about the ‘Bollocks To Nick Griffin‘ video I posted set me reminiscing about the Imagined Village ‘Empire and Love‘ concert I attended in 2010.  Chris Wood is part of the collective, and before the main event he performed an acoustic set.  Among the songs was an amazing, chilling song about the killing of Jean Charles De Menezes. I did not realise until now that the track is called ‘Hollow Point’ and actually won best song at the 2011 Folk Awards.

I still remember the chill I felt when I first heard Chris sing the words “He never heard the footsteps behind him / by the bus stop at Tulse Hill”.  In that moment, what was an abstract story of an everyman trying to make his way in the world becomes a frighteningly specific narration of the final moments of one particular person.  The accompaniment is a simple acoustic guitar, but the lyrics build to an inevitable crescendo, just as the CCTV footage we have seen of De Menezes on that day builds to the inevitable, appalling, unseen dénouement down in the carriage. This is a fantastic, modern example of a protest song, quietly railing against the power of the State to ruin the lives of struggling ordinary people.  There is nothing we can do for Jean Charles De Menezes, but the memory of his fate should enter the folklore, the modern mythology.  This is the sort of music that shifts opinions and should make people sufficiently angry to force accountability and change.  After the recent report of the Hilsborough Independent Panel, and the trial and disciplinary tribunal of PC Simon Harwood, and as we prepare to vote for Police & Crime Commissioners, it is well worth everyone listening to ‘Hollow Point’ again and reminding ourselves that the power we hand to the police rests, ultimately, with all of us. 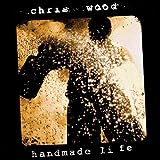 One of my favourite folk artists (or you might call him alt.country) is Kentucky-born Will Oldham, who performs under the moniker Bonnie Prince Billy.  I’ve written before about his versatility and capacity to reinvent and remix his own music, but one of my favourite songs of his is actually a cover version, or more specifically, a ‘trad. arr.’ version of an old folk song.  ‘Molly Bawn’ tells the story of a young woman who is accidentally shot by her fiancé.

Like ‘Hollow Point’, I’ve seen this song performed live.  In fact, I was at the gig in Edinburgh in April 2006 where the track above was recorded.  And like Chris Wood’s composition, ‘Molly Bawn’ tells the story of a misidentified target and a negligent pulling of the trigger.

The lyrics are delightfully antiquated, but the subject is sad, rueful.  In the refrain, the words read a little like the excuses offered at an official inquiry, which somehow absolves the killer and places the blame on the victim.

Bonnie ‘Prince’ Billy’s rendition also has a rather shocking ending, an incongruous verse (that I assume was in the original) which hints at a dark jealousy.

All the girls of this country
They are all glad, we know
To see Molly Bawn
Brought down so low.
Take all these fair damsels
Put them all in one row
Her beauty outshines them
Like a mountain of snow

Its so vindictive, it shocks me every time.

Despite all that, I think the performance is beautiful.  From the rolling tomtom drums and banjo picking at the start, to the crescendo with guitars, fiddles, and the harmonies of his supporting act Harem Scarem, it conjures the thick, rural landscape and the turmoil of the killer.  My favourite part is when one of the backing singers takes over the lyric halfway through a sentence, as the ghost of Molly Bawn appears to her manslaughtering lover.  The way the female voice enters is the perfect musical sketch of an apparition appearing in the darkness.

That, I think, is the beauty of this kind of music.  Both ‘Hollow Point’ and ‘Molly Bawn’ are genuinely haunting: they bring ghosts into our consciousness, tragic spirits who stay with us long after the quiet guitar strumming has ceased. 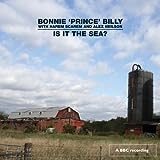