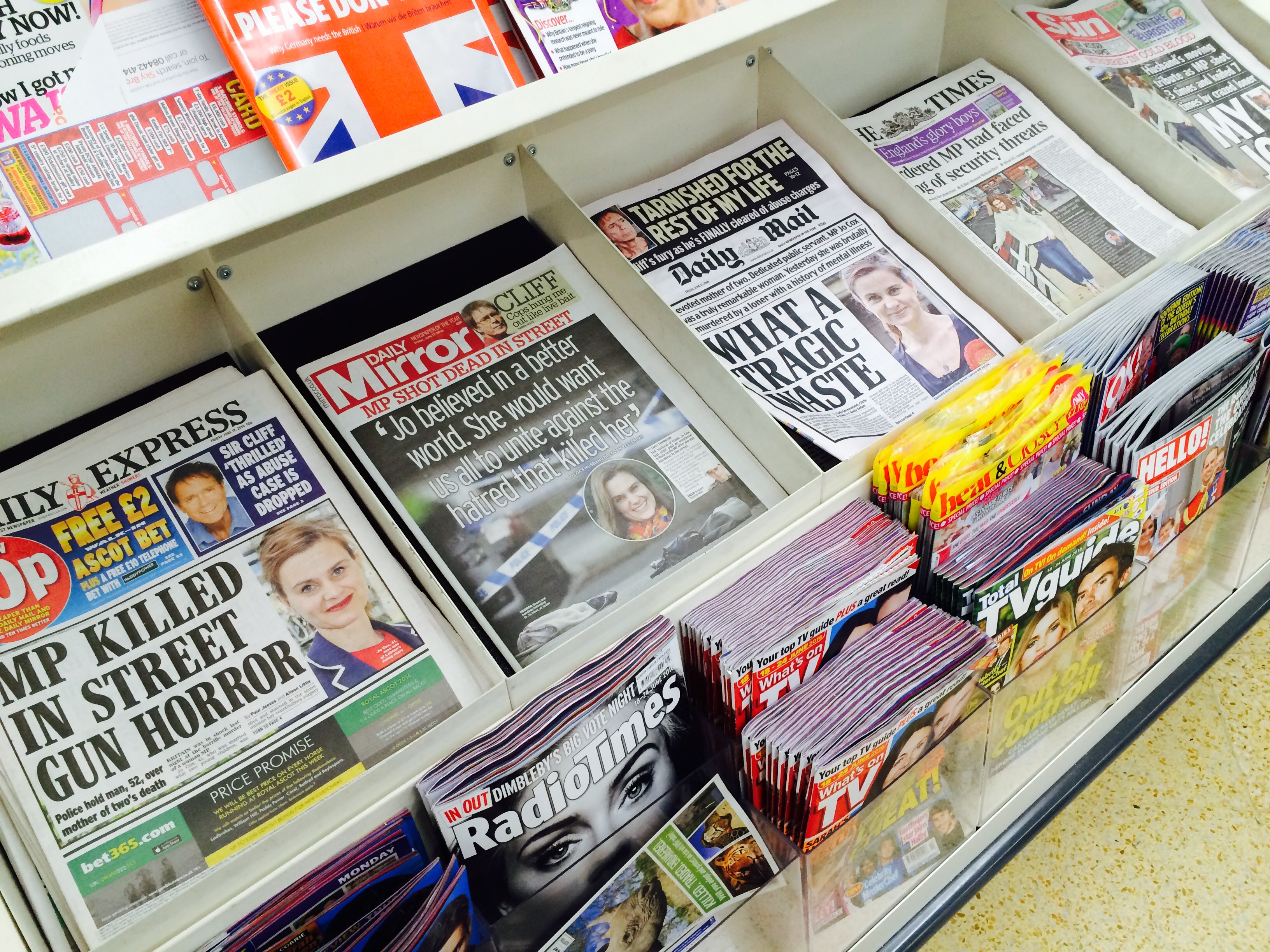 The TV news reports about the death of Jo Cox have actually been quite sober. Reporters have refrained from speculating on the motives of the alleged killer. It’s very easy to find a picture of a suspect from friends or family, but the media have declined to grant this man notoriety. Instead they have focus on the life and achievements of someone who was by all accounts remarkable.

During the obituaries, two almost irrelevant facts jumped out at me. She was 41 and only 5 feet tall. These incidental traits are also shared by the person I woke up next to today, just as Brendan Cox must have woken up next to his wife this morning. A rush to get the kids ready, a piece of toast grabbed out the door, and an expectation that we will all see each other again in a few hours. We all did that this morning: me and my family; Jo and Brendan Cox and their kid; You and yours.

And now she is gone, and he is having to tell his kids why.

This is not like getting cancer. This is not like a car accident. This is not like the unexpected death of a pop star, however influential. We do not know whether the killer is mentally ill or whether there are deeper and more sinister reasons for his actions. But this is an act that has emerged from our society. It is part of our political and social history and should loom large in our collective consciousness.

In a blog post that is being wildly shared on social media tonight, Alex Massie says he does not remember feeling as bad about the country as he does tonight. I think 7/7 comes close.

It is indeed a terrible day but I am bizarrely confident that we will regain some optimism. And the reason I think that is because of how quickly we have seen an outpouring of solidarity, and affirmation of ideas of love. Led by none other than Brendan Cox, who put love for family and the human dignity at the centre of his astonishing statement this afternoon.

Led by none other than Jo Cox, who spent her life seeking to make the human experience better for others.