Mark Pack asked me to write a guest piece for the Liberal Democrat Voice on Libel Reform. It was a good opportunity to dig a little deeper into the argument for reform, and rebutt one of the most common objections to making changes. 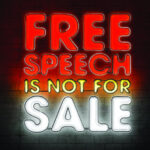 The clamour for a change to our pernicious libel laws grows louder every day.  In November, Index on Censorship and English PEN published Free Speech is Not For Sale, a report into the state of libel in England & Wales, and the bizarre phenomenon of libel tourism.  Impressed by this report, Jack Straw announced the creation of a working group to deliver reform.  Lib Dem peer Lord Lester announced on the BBC Radio 4 PM programme he will begin drafting a libel bill, and MPs have begun to sign EDM 423 (tabled by Dr Evan Harris) which demands a libel overhaul.  High profile cases like the recent battle between Trafigura and the BBC, and the suing of cardiologist Peter Wilmshurst, have shown the general public what a blight on free speech our libel laws have become, and a petition for change is nearing ten thousand signatures (do sign it if you haven’t already).
Not everyone is convinced by the need for reform, however.  Some people resist the need for change, and it is up to campaigners to win the argument.  Since the Bournemouth conference made a brave manifesto commitment to libel reform in September, ‘campaigners’ now includes every Liberal Democrat party activist.  Liberal Democrat Voice is the ideal place to explore the sticking points of this debate a little more deeply.
Outside the technical discussions in lawyerly circles, by far the most common concern is a fear that tabloid gossip will be allowed to go unchecked.  If we change the libel laws, won’t the papers be allowed to make stuff up to a far greater degree than they do already!?  These concerns are voiced in response to the first Index/PEN recommendation, which is a change to the burden of proof.  Currently, this rests completely with the person or publisher defending a libel action.  While it is unusual for the defendant to be considered ‘guilty until proven innocent’ one can understand why this system exists:  The libel is an accusation in itself.  Changing the burden of proof, say the worriers, would mean that people would have to show that they did not do whatever the tabloids accused them of doing … and proving a negative is very difficult.  How could the McCanns prove that they didn’t kill Madeleine?
Deep in our report (well, p.8) we address these concerns and clarify our recommendations.  At present, ‘damage’ is presumed in libel.  When we recommend reversing the burden of proof, we are asking the claimant to demonstrate damage to their reputation.  In the case of Gerry and Kate McCann, that would be an easy ask.  But when the claimant is an offshore oligarch, and the published article has had only a few readers, one can see how it might be harder to show damage.
In other jurisdictions in the world, it the claimant’s take some responsibility for proving falsity too, and we would like to see similar provisions in the English law.  In the case of someone accused of a crime, as the McCann’s were, then showing that you have not been convicted of the crime, would suffice to prove falsity.  Again, in this most extreme of cases, this would be easy. Requiring some proof of damage and falsity, which (as we say in our report) amounts to “reversing the burden of proof”, would have no effect on a case like the McCanns.  The Daily Express would still have lost that libel case, and lost badly.
Another huge change that would protect people from media malice is reforming the cost of bringing and defending a libel action.  At present, only rich people and huge corporations can afford to sue or be sued, and irresponsible reporters can fabricate stories about the less well off.  Establishing a low cost libel tribunal, capping damages, and stopping the abuse of ‘no win no fee’ libel actions would actually mean more people could bring libel actions against media lies!  We also recommend the establishment of a clear public interest defence (clarifying the Reynolds and Jameel principles and extending their protection to bloggers), which would serve to encourage responsible reporting, and discourage headline chasing fabrications.
The Campaign for Libel Reform means what it says on the tin – reform of the law, not the abolition of libel.  Each of the recommendations for reform outlined in the Index/PEN report will, if enacted in isolation, be a step in the right direction for free expression, even though there will be critics who argue that it might come at some cost to reputation, or that it will open some new loophole. However, taken together, the Index/PEN proposals will inspire more responsible reporting in the media, as well as more robust investigative journalism.   It is wholesale reform that campaigners should be asking their MPs to deliver.

One Reply to “Answering the McCann Question”